Throughout music history, there have been many who have used baritone guitars in many different genres, especially rock!

These very special instruments have a very special range, since they can go very high and very low in the scale. For this reason, baritone guitars allow players to play aggressive chord progressions and shred bombastic solos.

Sometimes it isn’t easy to tell a baritone guitar from a regular guitar, and that’s why we bring you this list of songs of the best baritone guitar rock songs by artists like Staind, Dream Theater, Deftones, and others. These bands have explored this instrument with different baritone guitar tunings.

Contents show
1. These Walls by Dream Theater
2. Kommotion by Duane Eddy
3. Rock Lobster by The B-52’s
4. Minerva by Deftones
5. Mudshovel by Staind
6. The Space Between by Dave Matthews Band
7. The Clincher by Chevelle
8. The Best Baritone Guitar Rock Songs With Standard Tuning
9. Motion Sickness by Phoebe Bridgers
10. Spanked by Van Halen
11. Creeping Death by Metallica

These Walls by Dream Theater

Released in 2005 for the album Octavarium, “These Walls” is one of the few songs in which John Petrucci plays a baritone guitar. Although it's not the easiest one to learn on guitar, if you've got chops, it's one to challenge yourself with.

The rock song starts with a thrashy intro that has lots of distortion and then follows with a beautiful guitar melody that plays along with the lyrics for 7 entire minutes!

It’s certainly not an easy song to play, but Petrucci makes it seem like he’s mastered the baritone guitar even though he doesn’t use it very often. Petrucci plays it in the tuning of A standard and in the key of A minor.

Now we go back to the year 1960, when rock and roll was blowing up all across the western world.

That year, Duane Eddy released the album 1,000,000.00 Worth of Twang, where we can find the song “Kommotion.” Eddy, alongside his Danelectro baritone guitar, created a great song with lots of twang, living up to the name of the album.

The B-52’s first released this song as a single, but it ended up being part of their first album titled Debut Album. If you haven’t heard “Rock Lobster” already, we encourage you to listen to it. It came in at number 147 on Rolling Stone’s 500 Greatest Songs of All Time List.

You may confuse that bassy surf-style riff that can be heard through the whole song for a bass guitar. However, it’s a baritone guitar. Also, Kate Pierson used a Korg SB-100 synthesizer to play the actual bassline.

Unlike Deftones’ other rock songs, “Minerva” is one of the most mellow. Released in 2003 for the self-titled album Deftones, this song has a 7 string baritone guitar, played by Stephen Carpenter, that explores some shoegaze elements while still feeling like a Deftones song.

“Minerva” is a great tune that achieved massive success, hitting number 9 on Billboard’s Alternative Song chart. It’s remembered as one of Deftones’ best songs even to this day, and it’s worth listening to it if you haven’t already heard it.

Stephen Carpenter uses his ESP baritone guitar tuned to drop C# and goes over the chords of C#5, F#5, and D#5 through the entire song. The strumming pattern is very repetitive and gives a feeling of suspension to the song.

The original version of this song was released in 1996, and it’s the first single from the album Tormented.

In 1999, Staind reimagined the song and made it much heavier. Mike Mushok did that by using a baritone guitar for this new version of the song.

The band went all out for this song, forcing radio stations to cut off some parts to make it radio-friendly. This heavy sound couldn’t have been possible if it wasn’t for the Ibanez Artist AR300RE baritone guitar, and we can see Mushok playing it during the official video clip for this song.

Mushok plays “Mudshovel” in the key of A# standard and hovers over the G# string for the main riff. There are a few variations as the song goes on, but here we have a video that will help you understand better:

The Space Between by Dave Matthews Band

In 2001, Dave Matthews Band released the hit single “The Space Between” as part of the acclaimed album Everyday. The gloomy and dark ambiance that this song has is all due to the baritone guitar in the melody playing a distorted chord progression.

Tim Reynolds, the lead guitarist of Dave Matthews Band, tuned his baritone to B standard and created a melancholic melody that has transcended music history. Reynolds repeatedly strums the chords A, A/Ab, and A/F# to create the dark ambiance of this song.

The Clincher by Chevelle

Chevelle is known for making heavy songs, and “The Clincher” is no exception. Unfortunately, This song was never a huge hit for the band, but it was featured in the soundtrack of video games such as Madden 2005 and Guitar Hero Live.

“The Clincher” has to do with claustrophobia, and they painted this condition with some dark and heavy tones.

The song was released on Chevelle’s third album This Type of Thinking (Could Do Us In). The small band never really took off, but their music is worth a listen.

This song is played in the baritone guitar in the key of drop A#, and there’s a lot of picking throughout the whole song. If you want to practice your picking, we would recommend you to learn it on your baritone guitar!

Down tuning isn't all baritones are good for, check out these epic baritone guitar tracks with standard tuning.

Folk-rock artist Phoebe Bridgers is known for playing her Danelectro 56 baritone guitar often. In her song “Motion Sickness,” the ephemeral sound that plays the chord progression is her baritone guitar.

Unlike the other examples, Bridgers turns the dark and low-pitched sound of a baritone guitar into a beautiful symphony.

“Motion Sickness” came out in 2017 for the album Stranger In The Alps. Bridgers talks about her abusive ex-boyfriend, and how those events affected her emotional stability. This song is one of Phoebe Bridgers’ most popular songs even when the theme is dark and melancholic.

To play this in a baritone guitar, Bridgers tunes her baritone guitar to open A with a capo on the 4th fret, which is the same as playing it on a regular guitar with no capo and tuned to open C#. “Motion Sickness” is a very easy song to learn, and we recommend you to do it!

Released in 1991 for the album For Unlawful Carnal Knowledge, “Spanked” is one of the few Van Halen songs that feature a baritone guitar.

We would be lying to you if we said that this was a normal baritone guitar, but the truth is that Eddie’s baritone was a double-neck guitar, which means that he had a regular guitar and a baritone on the same instrument. It was certainly the most bodacious instrument!

To play this song, you have to tune your baritone guitar to E standard, but in an octave lower. Get yourself some thick strings, because you need to create enough string tension to play your guitar with this tuning!

The key of the song is mainly A major, but it has some variations on live performances. If you have a hard time learning this song, don’t stress too much! Remember that the double-neck guitar that Ernie Ball and Music Man designed for Eddie was tailor-made for him to be able to do the impossible.

The legends themselves, Metallica, composed a song using baritone guitars. “Creeping Death” is one of Metallica’s biggest hits. It became so popular that ESP made a collaboration with James Hetfield: the LTD Snakebyte Special Edition Baritone.

The song is heavy, fast, and dark, which is perfect for the lower voicing of a baritone guitar.

The key of the song is E minor but has variations on live performances. 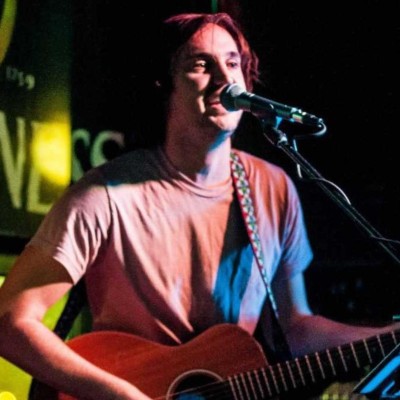